The Benzoni family established their residence in this area of the city already in the 13th century, but only in Nicolò’s will (1448) do we have information about the size of the building, which is qualified as a large residence suitable for a wealthy family with servants and servants.
Let’s not forget that they were the only noble family from Crema to have been awarded the title of “Palazzo di Crema” from 1403 to 1423. The palace acquired its current aspect in 1627, thanks to the decision of Count Roberto Benzoni, colonel of the Serenissima, who decided important structural transformations and enlarged it, even if from the cadastral survey of 1685 it can be deduced that the property was much larger than the palace of today.
The facade, which overlooks via Civerchi, is modulated on the sequence of windows framed by ashlar motifs and on the alternation of gables. The elegant plasticism of the whole finds its highest expression in the sumptuous portal: Andrea Benzoni bought it before 1694 from the Tensini family, who had commissioned it for a building that was never built, and inserted it in the pre-existing facade. The base of the telamons bears sculpted military symbols (bombards, artillery balls) and drawing instruments (square, compasses) that were meant to represent the articulate activity of Francesco Tensini, general of artillery and military architect, as well as the author of a treatise on fortifications. These reliefs thus became the business card of the master of the house, who was a colonel of the Serenissima Republic of Venice. To him, we also owe the sumptuous decoration of the main floor, which is accessed through an elegant staircase decorated with stucco statues. 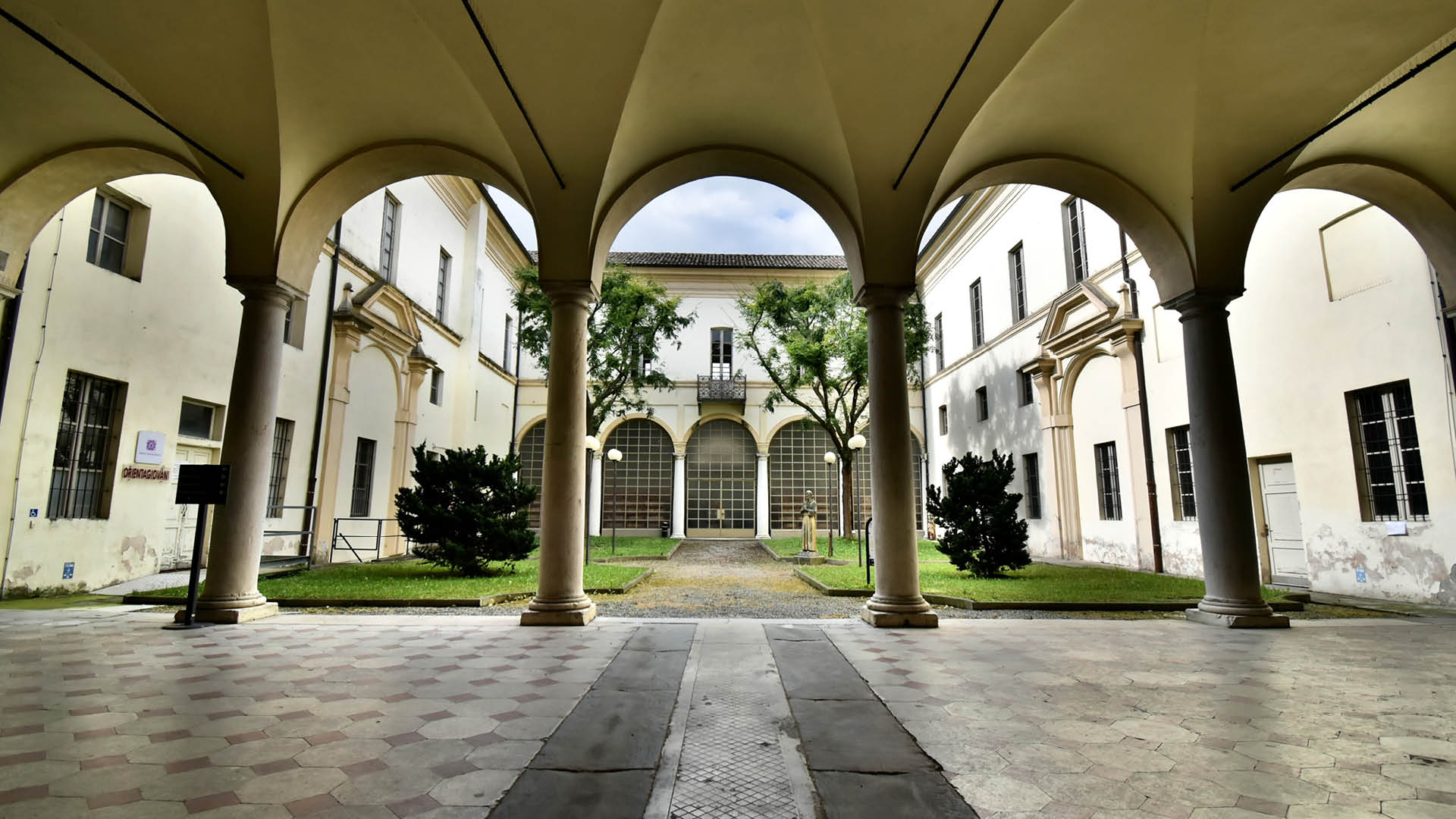 Still today, in spite of the different destination of use of the rooms and in spite of the inevitable interventions carried out in later periods, the interior of the palace preserves the signs of prestige, elegance and wealth that distinguished the Benzoni family. A great variety of figures, animals and frames made of stucco by skilled workers, inhabits doorways and thresholds, frames the airy frescoes of the ceilings inserted in skillfully painted squares. The famous Athena, Aphrodite and Cronus, Artemis and Mercury, flanked by nymphs, cherubs, animals and allegorical figures, populate a rich iconographic discourse stucco and fresco, inspired by classical mythology. These valuable decorations have been recovered from recent restorations that have repaired the damage caused by centuries of decay and have returned the palace to public use. Since February 2002 it has been the prestigious seat of the Civic Library.
But let’s take a step backward. In 1795, with the death of Luigi Benzoni, the property of the illustrious family ceased to exist. The palace continued its life as a noble residence until 1817, with Maurizio and Venceslao Frecavalli. Rented for the next fifteen years, it was sold in 1832 to the Ospedale degli Esposti e dei Mendicanti; following the transfer of the Ospedale dei Mendicanti to another location, only the Ospedale degli Esposti remained there until 1929. The heavy transformations of the rooms, the demolitions, and the necessary changes to the new destination of the building as a shelter for beggars are of this period.
The seat of the Civic Library (1933/39), of the National Fascist Party (since 1936) and still barracks for the militias of the Italian Social Republic (1943/45), the palace knew other destinations of use until, in 1949, it was bought by the Municipality of Crema that placed there the judicial offices. Other clumsy works of adaptation, dictated by practical needs, once put before the respect of the historical and artistic value of the monuments, interested the building in this period, starting with the tampering of the wall structures and continuing with repainting of dubious taste and with the modification of the seventeenth-century doors of the hall on the second floor, which was transformed into a single door.
As already said, the heavy degradation in which the building was in has been finally interrupted thanks to the important restoration intervention that has given back to the city one of the most beautiful testimonies of its illustrious past.